This is all new to me, but I need to start somewhere, so here will do.

In June this year I found myself in Stanford Connecticut visiting family, eventually; New York storms, closed airports and cancelled flights permitting (but that’s another story).

It was a short holiday and I had planned to try and visit a couple of Revolutionary War sites whilst there, but with the travel disruptions I had to cut it down to one. I got to choose, so I picked Saratoga National Historical Park, but didn’t do a lot of research so went there with no more of a plan than just seeing what we could see.

We went to the Visitor Center first for a quick look and to search for some ideas about how to make our way around the park. The staff there were extremely helpful and very willing to talk about the park; we had a choice, the drive around the whole park with some recommended stopping points, or the Wilkinson Trail (name for British Lieutenant William Wilkinson who mapped the area in 1777) a 4.2 mile walk around the inner park. We chose the Wilkinson trail first, with an option for the drive after that.

The pamphlet that is free from the Visitor Center is clearly laid out and has some useful information, including where to go! There are 14 stops around the trail that highlight points of interest, and each is explained in the pamphlet.

The Visitor Centre is to the rear of what would have been the British extreme right and the walk starts there and heads toward a point in front of the Breymann Redoubt where it divides into a loop. The first stop is on the British extreme right and provides a view over the whole area where the fighting around Freemans Farm took place. Quite a pleasant view on a summer day. 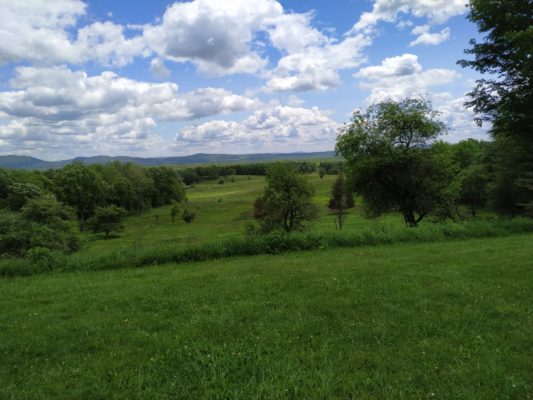 The first big stop is the Balcarres Redoubt which provides an interesting point to view the battlefield and get an idea of where the troop movements were. 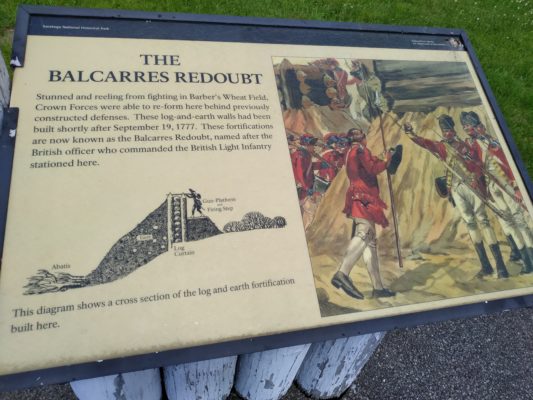 You then proceed to walk the British left and through a lot of the areas the British used to move troops from their camp on the East of the battlefield. Some of the wooded areas were quite dense and I did wonder how formed troops could be moved through them.

The Wilkinson Trail only really covers half of the British deployment area and doesn’t take you to the main British camp area or Burgoyne’s Headquarters. 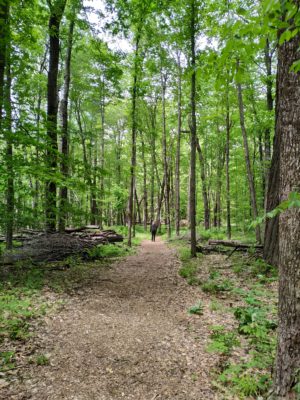 I’m not sure if the path was there in 1777 like it is now, but I assume that after moving troops through it for a while, they must have created their own. There were points where the terrain was a lot more dense than in this picture, and the climb down and up the ravine was quite testing for an unfit old fella.

One highlight just before I took this photo, was the sight of my first live snake in the wild. Quite small, about 12 inches long, and basically brown. Not overly spectacular but I got excited; although I was too slow getting my phone out to get a picture.

The second half of the walk is back towards the Western End of the battlefield through some quite dense terrain. On our trip it was hot and I did wonder how regular troops in woollen uniforms with all their kit felt following this route. But they were trained for it and probably didn’t feel it anywhere near as much as I did. 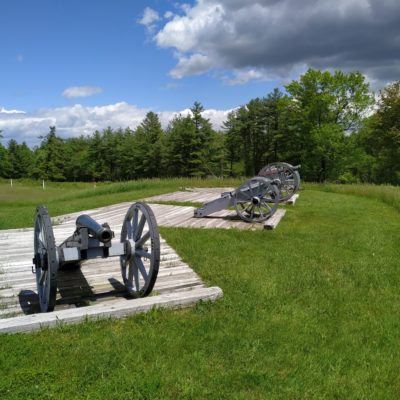 The walk was long, it was warm, and by the time we got back to the Visitor Centre we didn’t feel like doing much else, so we chose not to undertake the drive around the battlefield. There were quite a few related products for sale at the Visitor Center and I came away with a couple of books, one on Hubbardton and one on Bennington. I could have walked out with a lot more but needed to keep space in my luggage for a trip to New York.

I haven’t walked a lot of battlefields, Culloden and Gettysburg (although I grew up in St. Albans, England, so probably walked those two a few times without realising it), so I think I was expecting something like Gettysburg when we went to Saratoga. Unfortunately, Saratoga has not been developed as much as Gettysburg and that made it a bit more difficult for us on the day. I was surprised by the lack of development there, as to me it has always been a major victory and deserves a lot of attention; it brought the French into the war officially after all. And I have always viewed it as the point, wrongly or rightly, that the revolutions success was guaranteed; with the French in the war it was unlikely the Americans would lose. 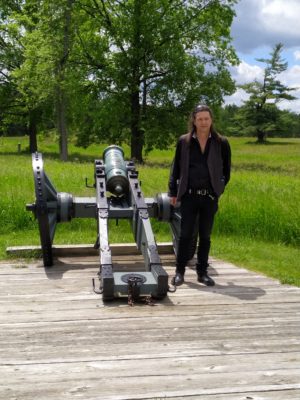 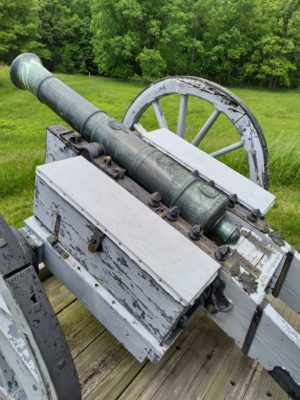 In retrospect visiting the Park without a good plan was probably a mistake. I should have visited the website first and figured out the best way to view it with the limited time I had available. I enjoyed my time there, but came away with more questions than answers, and without a clear understanding of the whole ground.

We are heading back to the area for a family holiday in either 2020 or 2021, which will be longer and will give me more time there. I think it is a full day visit and walking the Wilkinson Trail and doing the Battlefield Tour by car are advisable. I came away quite inspired though, and eagerly started studying the whole campaign and making plans. 2027 is the 250th anniversary if my maths is right, so that must be something to plan for……………