It has taken a while, but I recently managed to get around to painting up a couple of 12 figure units of the New Jersey Regiment, the Jersey Blues, for the French and Indian Wars period. Why did I pick this regiment? Nothing scientific, I just liked the uniform. And, I wanted to use my airbrush to get the painting off to a good start; blue jacket and trousers made it easy to get a large number of figures started relatively quickly.

I managed to get these guys out on the gaming table a couple of weekends ago, at Call To Arms in Wellington. This is a long running wargames convention held in Wellington every year in early August. Due to planned renovations of the hall, it was held a month earlier this year. Our 40mm games attracted a lot of attention.

Unfortunately for the Jersey Blues, in their first outing, one of the units didn’t cover itself with glory. They had to “activate” to come on to the table, and one of them “blundered”, promptly running away and making no appearance in the game at all! The other unit handled itself well before being overrun by numbers of Canadians and Indians.

I now have access to a transportable light box for photographing figures. These guys were the first attempts using it; not great but not too bad. 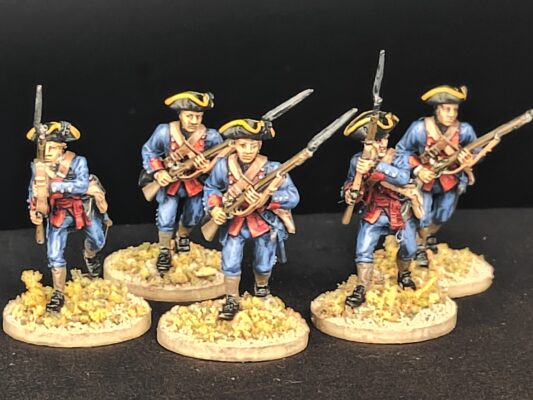 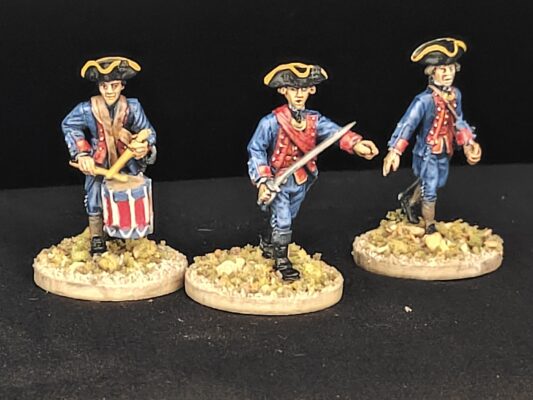 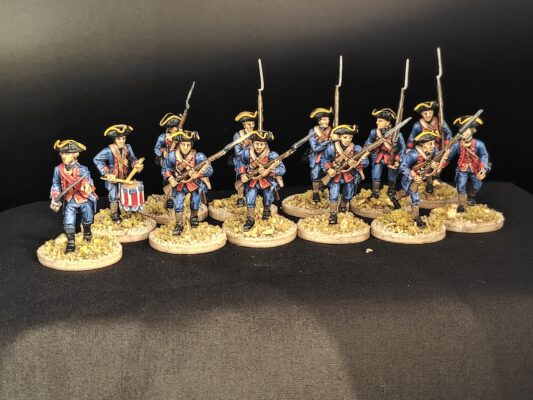 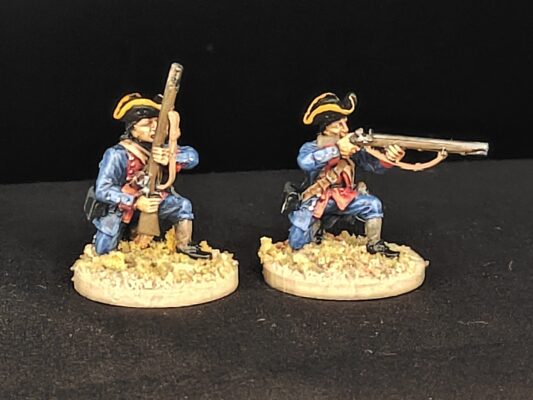 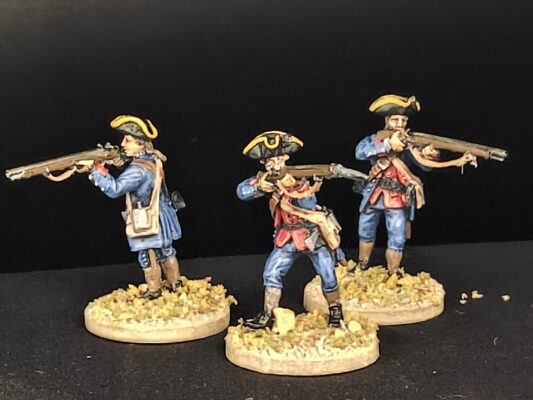 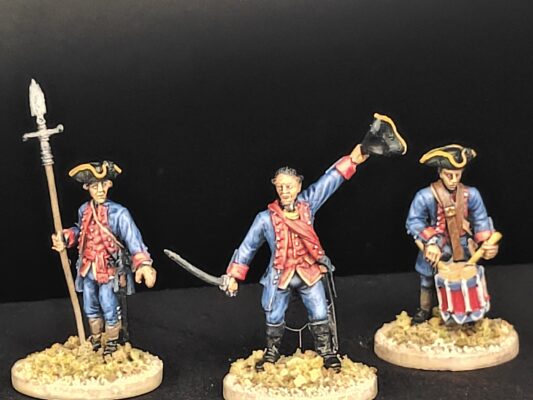 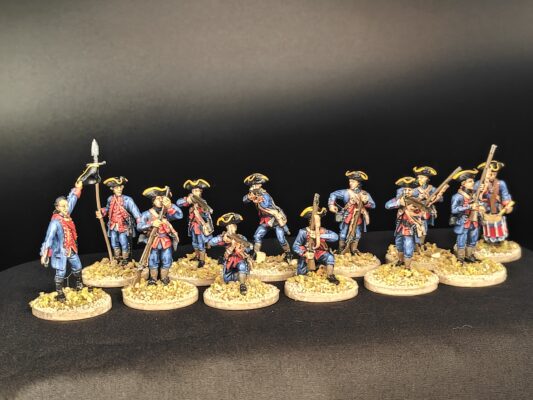 I have been advertising Triguard Miniatures in the the magazine Wargames, Soldiers & Strategy for a couple of issues now and intend to keep that going for a while. I have also started advertising in Toy Soldier Collector & Historical Figures and an editorial and advertisement will appear in the next issue, 101, of that magazine. There is a definite cross over aspect between modelling and wargaming for this scale of figure and I aim to try and market the ranges to customers of both genres.

Well, at the moment, Sean is working on Scots Spearmen for the medieval range. These will be suitable for the front ranks of a traditional Scottish schiltron from around the period of the battle of Bannokburn. There will be three basic poses representing men holding a spear at slightly different levels to replicate the front of a schiltron. Some of the spearmen in the Welsh range will be suitable for rear rank, and more poorly equipped spearmen. These pictures of reenactors provided suitable direction for the planned figures. 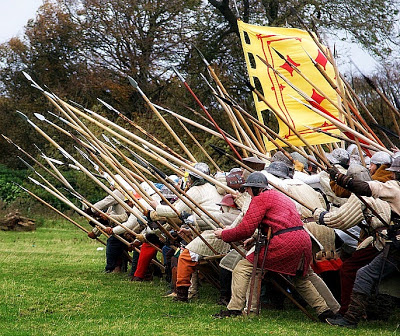 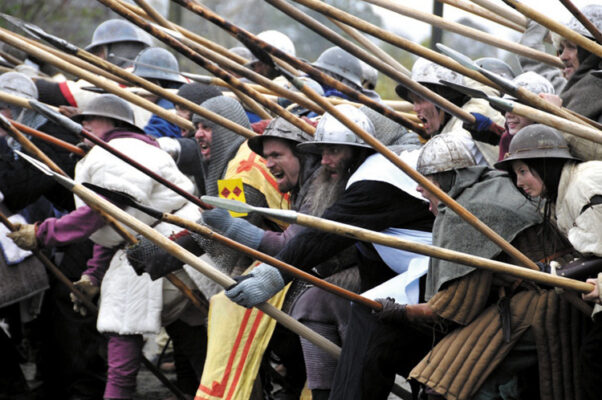 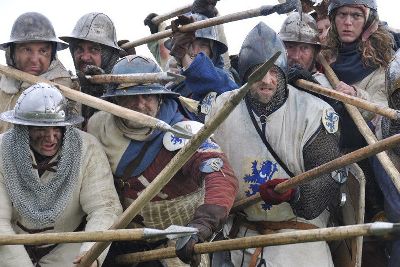 Where are the Spanish?

A while back I mentioned adding AWI Spanish to the range, to cover actions like the siege of Pensacola, etc. Well, they are currently sitting in my workshop, master and production molds made, and the first casts ready to go. I am a little unsure of how to list them on the website at the moment, as we have taken a different approach to making these figures.

There seems to be a lot of difference in headgear for the Spanish forces of this period, but a great similarity in the rest of the uniforms. To enable people to replicate this variety, instead of producing a headless figure, and various head options with different head gear, we have produce figures with heads, but no headgear. We have produced multiple headgear options which can be fitted to any of the figures. Understanding how to represent this flexibility in figure options for customers is the last thing holding up putting these guys into the web store at the moment. But that is the focus for this week.